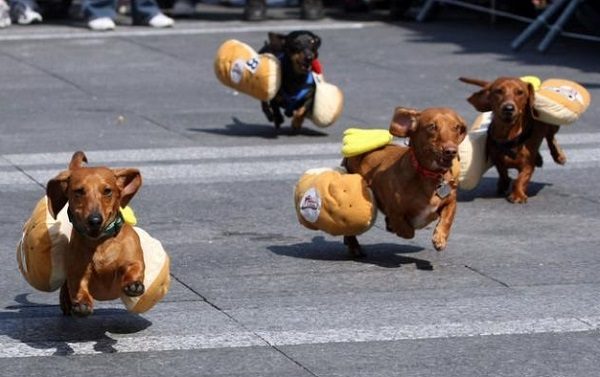 Gambling and animals have long been linked, with horse racing and greyhound racing some of the most popular betting opportunities in the world. However, aside from these more well-known animal betting options, there are some unique and unusual ways that you can bet on animals all around the world. Let’s take a closer look at some of this lesser-known animal races here:

Domesticated pigeon racing is an extremely popular and very competitive sport all over the globe. Pigeon races take place over vast distances with the birds covering anything from 60 to 600 miles in one race. These birds can have quite a long career, starting from as young as six months and working to the ripe old age of 10. During a race the birds are tracked via GPS, leading to an exciting race that can draw quite a lot of attention. Pigeon racing is particularly popular in Asia while South Africa also holds a Million Dollar Pigeon Race each year.

In Scandinavia, reindeer racing is a real thing! During these interesting races, skiers are pulled along by reindeers so its not only about speed but also skill. The reindeers and their jockeys can reach impressive speeds of 37mph. The world cup of reindeer racing takes place in Tromsø, Norway, with many locals placing bets on who will walk away the ultimate winner.

While you may have heard of long-legged Greyhounds racing one another, watching the short and squat sausage dog racing towards a finish line is another thing altogether. These events typically take place in North America and can be attended in their thousands, with various non-official betting opportunities available. These are normally non-formal events for a bit of fun and often used to raise money for charity.

Camel wrestling is a popular sport in Turkey and involves two camels wrestling each other. This sport has thought to be ongoing for over 2,000 years with ancient Turkish tribes have initiated the event. These wrestling events typically take place in winter and are held in a tournament fashion. Each wrestle lasts about ten minutes and the camels are specifically bred for this purpose. In fact, a well-bred wrestling camel can fetch as much as $20,000, which s what you could win when playing the online slots CA has to offer. Spectators can place wagers on which camel they think will be victorious.

In the Philippines, it is a very popular pastime to bet on spider fighting. The game is particularly popular amongst children who use a bamboo stick for a match in which spiders face off head to head. The winner of the match can claim the loser’s spider while spectators can also place their bets on which spider will be the ultimate winner. Some children even sell their champion spiders, garnering around 100 pesos for each spider. A formal spider fight is also held each year in Japan in an event known as Kumo Gassen. This event follows a tournament style with a series of spider fighting matches until a champion is crowned.